In 2018 we welcomed a lot of new friendly faces to Umbraco HQ. It looks like it’s a tradition we’ll continue in 2019 - whoop! The first 2019-Umbraco HQ’er we’d like you to meet is Lars…or should we say Batman? Better yet; Batman in Lederhosen. Well, at HQ Lars will make sure we become BFF with Google so you can find the most relevant information when you search for Umbraco related things. He’ll be our SEO-super-hero. And about that Batman thing… we’d better let him explain:

First off – let’s just get all the obligatory details out of the way, so we can move on to the interesting stuff (Batman, sports and homebrew is all to come).

My name is Lars Skjold Iversen, I am 28 years old and live in a house just outside of Odense. And even though I was born somewhere as exotic as Greenland, I have lived most of my life on Funen. I love to travel and experience new places, but apparently not enough for me to move too far from home. 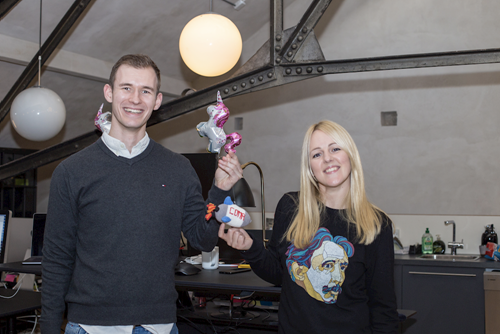 I started at Umbraco HQ at the beginning of 2019 and am the new rookie in COMA (Communications and Marketing Astronauts). As I am writing this, I have only been at HQ for a short time, but I can already tell that we are going to do a lot of cool things together! The passion from everyone at Umbraco HQ and everyone in the Umbraco community is very exciting and I can’t wait to be a part of it.

My job title here at Umbraco is Search Engine Explorer (SEE). This means that I will focus on getting Google and other search engines to realize how awesome Umbraco is so they send a lot of great new people to our website.

But if you can imagine Batman maybe having a younger brother or a distant cousin - that would probably be me. Not that I’m fighting crime by night (I like to sleep), but still, just stay with me on this one.

See, ever since I was a kid I have always had two parts of me that were very different. That meant I would have people who knew one part but would have never guessed my other part. Like a lot of kids growing up in a small town in Denmark, I was always fascinated with sports. If it involved a ball I could kick, throw or hit, you could automatically count me in. And I was usually pretty good at it. After trying a lot of different sports and getting my fair share of bruises, I ended up with just one sport; handball. The peak was finishing 3rd in the Danish National Youth Championships, but I kept playing on a high level up until a couple of years ago (until my stupid shoulder gave up). 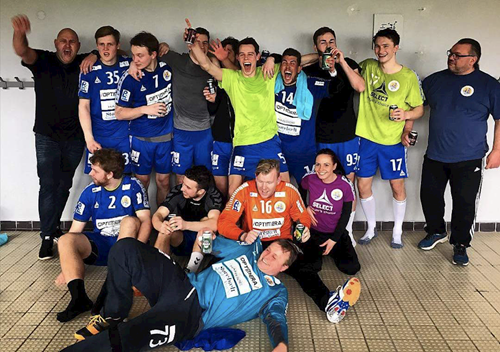 By now you’re probably thinking I sound pretty plain and boring. Maybe you are even getting angry that I oversold you on the whole “Batman” comparison. But don’t worry, I am getting to that now. While playing sports is nothing special, I also had something else, that took up a lot of my time.

As in; I played close to daily and went to tournaments - including the yearly national championship.

And I like to think that combination is not something you see every day. Because let's face it, how many 12-year-olds do you know who can play a game of chess – in silence – for 4 or more hours straight? Or who can spend an entire weekend playing in tournaments all over the country (and some even abroad)?

No phones, no tablets, no TV and no talking – just you, a chessboard and a whole lot of thinking.

I was that kid – or at least half the time. And while it didn’t always involve a whole lot of crime-fighting, I still feel like those two parts were as different as the real Batman’s day and night jobs.

Anyway, in the end, I like to think that combination is what set me on my path that led me here to Umbraco. It is a great combination of energy and an active mindset that helps me stay innovative while having the patience and concentration to get stuff done.

How about grown-up Lars?

Going back to the present day a lot has happened since my Batman-ish days, but not much has actually changed.

I still enjoy sports, playing (I’ve joined the Umbraco Unicorns football team, of course!) as well as watching. If you ever meet me on a Monday morning and I look slightly tired, there’s a good chance I stayed up for one of the late football games (American Football that is). While I don’t play as much chess anymore as I used to, I still enjoy playing board games and have a growing collection in my office at home. 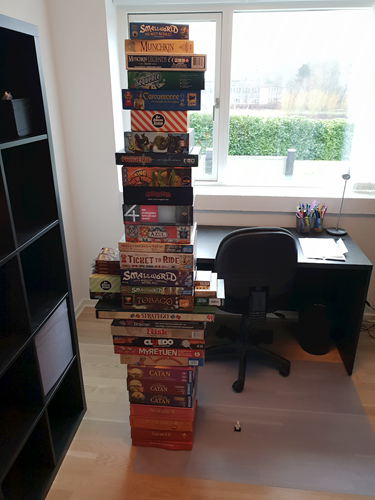 Not everything is the same though, as I did pick up some new hobbies and interests along the way.

Some are boring like actually enjoying reading books (never saw that happening while studying). It has even gotten to the point where I can’t go to an airport without buying a book. One of my more exciting hobbies would probably be brewing beer. The past couple of years I have been making home-brewed beer with my parents - they have all the equipment themselves. Pretty awesome parents right there if you ask me.

And yes, I realize by writing about it, I will have to bring some to the office.

I think that was enough about me. Now it is time for me to get to know all of you - HQ and community - and start creating awesome things with all of you. 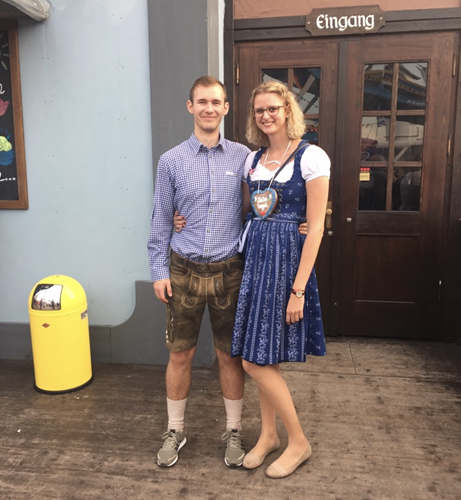