Last Friday and Saturday, an Umbraco Hackathon took place - virtually, of course 😉 It was the first virtual hackathon arranged by the awesome Candid Contributions women. A great initiative to bring the Umbraco community together during these difficult times - H5YR!! 🙌 So what happened? How many attended? And how many PRs got submitted? Let's find out as Carole gives a recap of the successful event:

What started off as an idea to have an online session to get new contributors to Umbraco became a 2-day hackathon over many timezones with attendees joining from 8 countries… I guess that’s the power of the friendliness of this community! 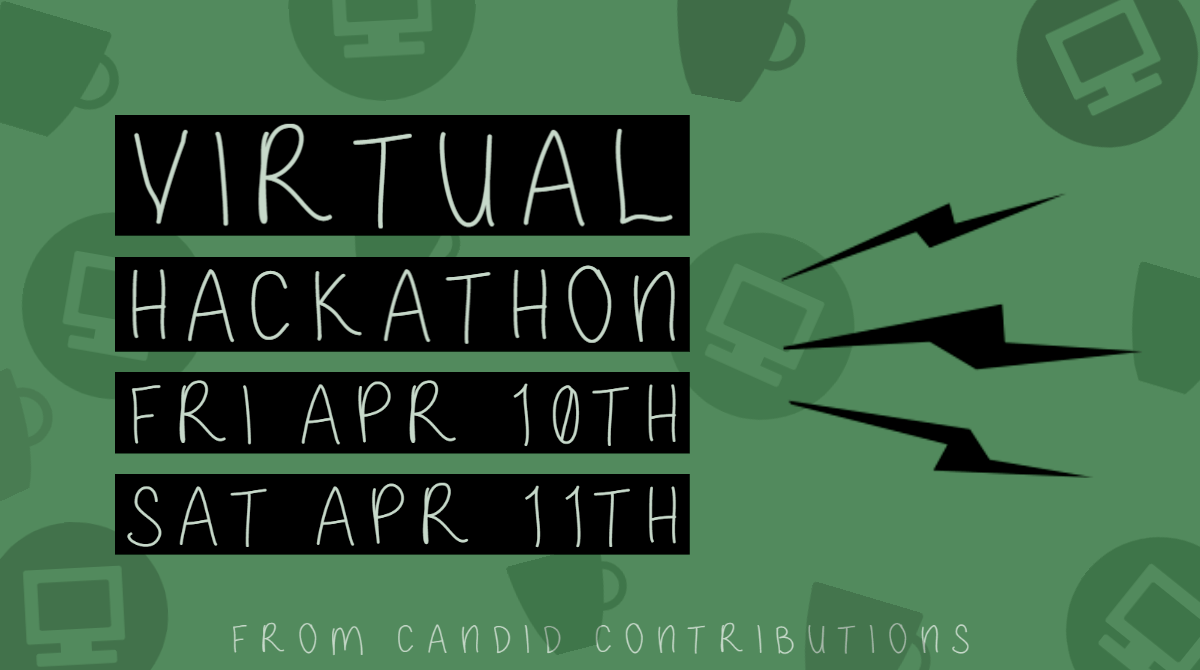 We wanted to welcome more people to the world of open source contribution - hopefully let them see it’s not *that* scary - and yes, let’s face it: we wanted a chance to catch up with friends since we won’t have any real-life chances to catch up anytime soon. 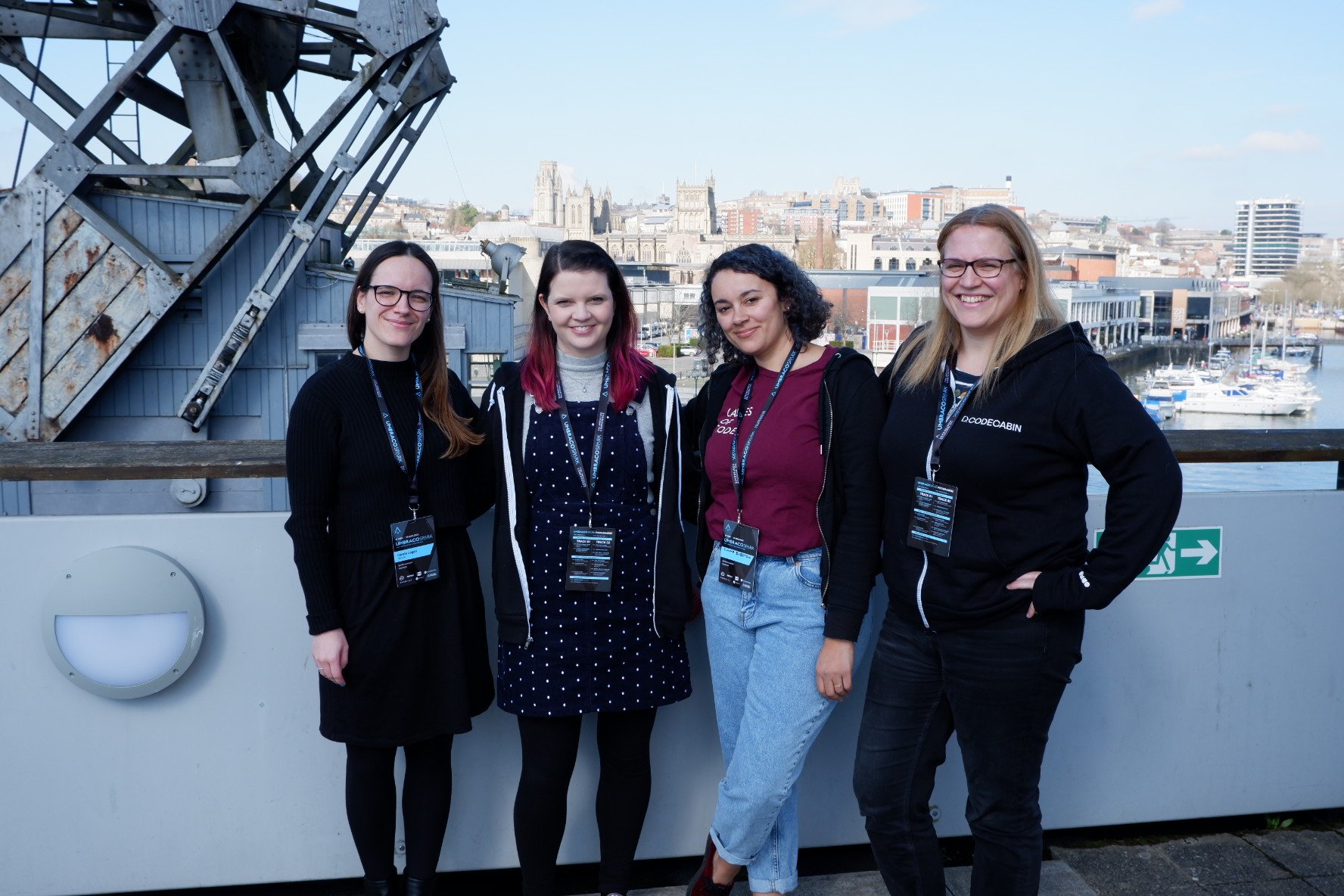 How does a virtual hackathon work?

Like a lot of the world at the moment, we relied on technology to help us socialise! We had a Zoom call online all day where people would drop in and out as they wanted… much to our surprise we always had company throughout both days and even had a queue waiting to join at the start!

For text chats we used Discord, which resulted in maybe our favourite feature of the hackathon: the shared playlist. This enabled people to listen to the same background music whilst working away without needing to fill in awkward silences (Lotte 😉).

We used a Trello board to track our tasks and make sure we didn’t pick up a ticket someone else was working on. 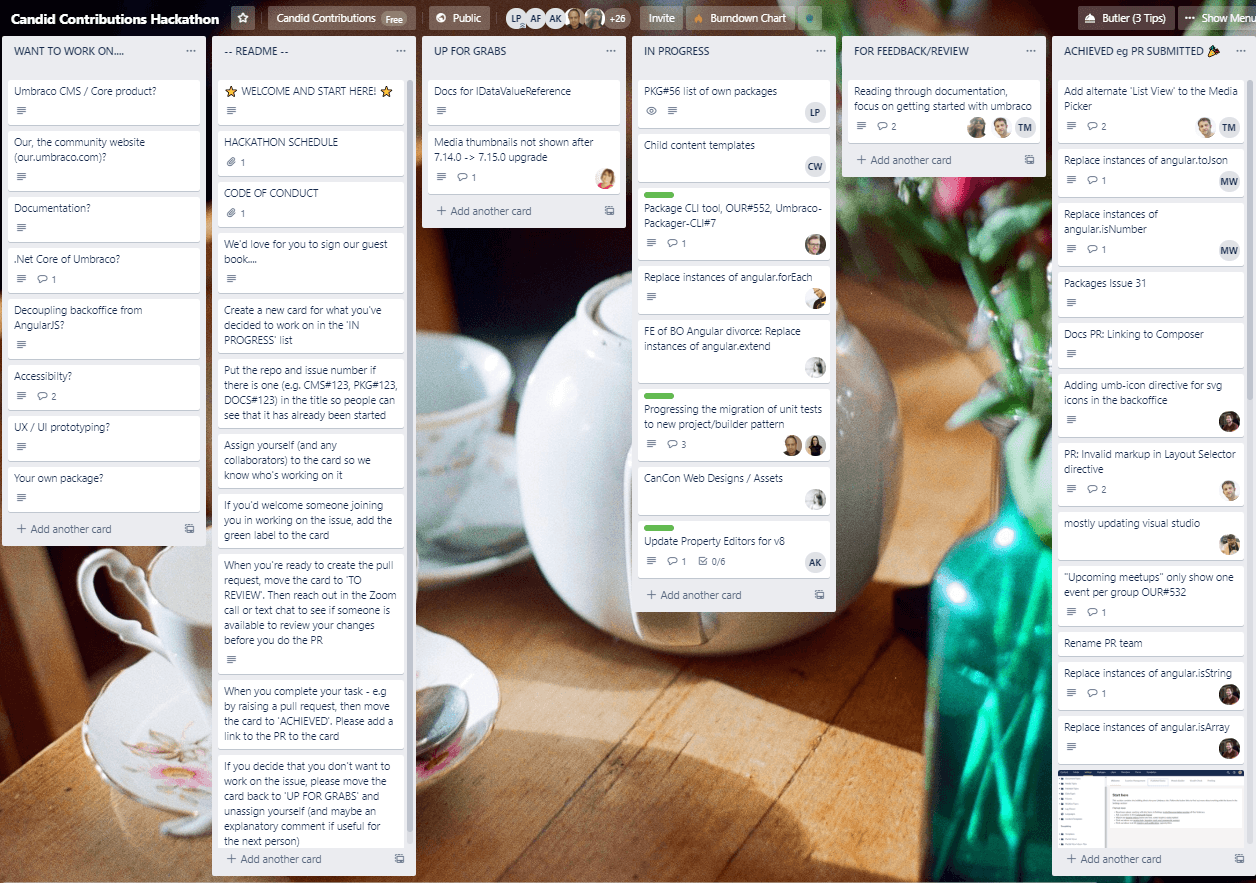 We also had a guestbook on GitHub that people could sign as a first “warm-up” pull request and a session helping true beginners to step through this process too!

In preparation for the event, we had chatted to the awesome Umbraco community teams for packages, docs, accessibility, .NET core and front end refactoring in order to compile a list of issues we could work on. These were added to the Trello board as a starting point for hackathon attendees and some already had ideas of tasks they wanted to work on.

Throughout the hackathon we had many awesome community members join us for some interesting conversations:

But it was far from being just about coding and pull requests:

I want to see numbers!

It’s a hackathon, we want to see stats of contributions, right?

Sad you missed out?

We are too, but we plan on doing this more often! In the meantime, if you would like advice on making your first contribution please do get in touch!

Follow us on @candidContribs on Twitter or find us on your favorite podcast app to hear more about open source contributions and Umbraco community fun.  Our latest episode, Hack, was recorded the day after the hackathon so, as you can imagine, that was the main topic of conversation!

A new name, a new face, a new mission statement - a lot has happened since Sebastiaan's last update from the PR team! Get updated right here