Typo fixes, accessibility improvements, updates to Umbraco packages, more code samples in the docs, and more tests migrated to the .NET Core project… Yes, Hacktoberfest this year has been a great success. Let me take you through all the numbers and all the highlights from this year’s open-source celebrations on the open-source Umbraco projects.

Is Hacktoberfest already over? 🤯 I don’t know about you, but I thought that month was over in a flash. And what a month it has been!

Although we didn’t quite hit the record-breaking numbers from last year’s Hacktoberfest, the Umbraco repositories still saw a lot of traction this year - a lot of valuable contributions to all of our open-source products 🙏

We are currently going through all the contributions on the various repositories in order to get an overview of it all. So far, we’ve marked a total of 134 Pull Requests(PRs) on Umbraco HQ repositories with the “hacktoberfest/contrib-2020” label. On top of that, the Package team have also approved a total of 52 PRs to open-source Umbraco Packages that had signed up to join the challenge 💪

This means that all the contributors behind the 171 PRs have completed the “Umbraco Hacktoberfest Challenge”.

What was the challenge again? 🤔

Umbraco Hacktoberfest Challenge: Have at least 1 PR approved on any Umbraco repository or Umbraco Package repository.

You can read much more about the rules and guidelines in the blog post we published when Hacktoberfest took off.

As mentioned, we’re still evaluating and reviewing all the incoming contributions and we expect to mark even more of the open PRs with the “hacktoberfest/contrib-2020” label once we go through all the great stuff you all have been making.

Now, what about the swag that was promised? You can read much more about our plans regarding that a bit further on in this blog post.

Before we get to that though - here are some highlights from this year’s Hacktoberfest:

Highlights from the community teams

When we kicked off Hacktoberfest a little more than a month ago, each team presented a list of topics and tasks for people to pick up and work on during the month-long celebration of open-source. You could find tasks on everything from adding more code samples to the documentation to help make the CMS even more accessible to help ensure various tests in Umbraco 8 will be compatible with the upcoming Umbraco .NET Core release.

Now, how did all that turn out? Let’s get some highlights from each of the teams; CMS, Unicore, Documentation and Packages. 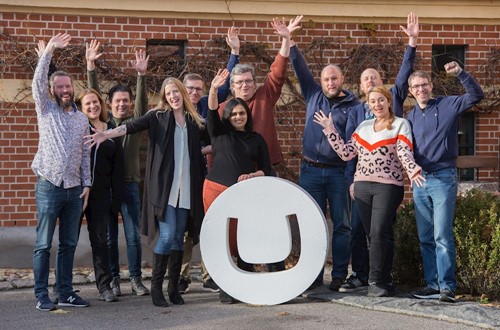 The Umbraco CMS repository received a total of 190 PRs during Hacktoberfest. So far, 74 of them have been approved for the Umbraco Hacktoberfest challenge and a whopping 69 PRs have already been merged in 👏

We’re still busy going through all of the PRs, but we’re happy to see a lot of work being done on accessibility, some more icon updates, a lot of small but important user experience updates, API documentation updates (both for readability and the content), performance improvements and more!

On the .NET Core side of the CMS we saw a few very important contributions during this year’s Hacktoberfest. A total of 12 PRs have been marked to have completed the Umbraco Hacktoberfest challenge - a huge shoutout to Andy Butland for help migrating some tests and fixing some bugs and to Paul Johnson, who created a series of massive PRs; migrating from our own dependency injection container abstractions to the Microsoft abstractions #H5YR

We hope that, as soon as more people get their hands on the .NET Core Alpha and start testing it out, that more and more people will also help us with building and improving the product!

You can find much more information about the alpha releases and how to start testing it out in the Umbraco .Net Core article on the documentation.

In the Documentation repository, we’ve been quite busy during Hacktoberfest. We’ve received a total of 63 PRs and we have already merged 50 of them! Out of those 63 PRs, 50 have been approved for the Umbraco Hacktoberfest challenge.

31 people decided to help out with the documentation and amongst those were 10 new contributors 🎉It’s great to see that this number keeps growing and that more and more people are starting to pitch in with all the knowledge they are sitting on. Such a great community we have, am I right? 😀

Now, I’m constantly preaching to my colleagues about how important documentation is and how they should ALL know how to write it - or at least help write it 😉  During this Hacktoberfest we’ve seen a lot of contributions to the Documentation from the Umbraco HQ staff. As they’re not included in the official numbers presented here, let me just give you some quick numbers: We’ve received 26 PRs from 13 Umbraco HQ staff members 🎉  So far, my plan is working, wouldn’t you say? 😎

What have people been working on?

OK, those were the numbers. But what was worked on during Hacktoberfest? What sort of contributions did people make?

It was really a mix of everything! A bunch of typos and grammatical errors were fixed, the new Angular section on the documentation was expanded with a few extra articles and then we now also have articles for all built-in property editors in Umbraco except a single one.

This was the Package team’s first Hacktoberfest and we were very excited to try out some new ideas for contributing to the Umbraco ecosystem! We had our own tools - UmbPack and Package Templates - that were open for contributions. And on top of that, we encouraged package maintainers to list their packages in a public list on our repository so contributors could be encouraged to work on those packages while earning Umbraco Hacktoberfest participation. And guess what; It was a smashing success and we will definitely be doing something similar again next time around 💪

Now for some numbers:

We had 14 PRs to UmbPack and Package Templates and we had 52 PRs across 10 open source package repositories and 29 unique contributors among them.

Those are some pretty exciting numbers if you ask me! 👏

Swag and other things…

Here we are again! It’s time to distribute some swag and other stuff to all you wonderful people who have completed the Umbraco Hacktoberfest challenge this year.

If you’ve contributed to a Umbraco repository during Hacktoberfest (thanks again!), and your contribution / PR has been marked with the renowned `hacktoberfest/contrib-2020` label, and now you’re wondering; “How do I get the swag?” Juuust keep on reading 😄

Sending swag is not an automated process and it will require some work from us, but also a little from you.

We’ll be contacting you through the PR you’ve sent us - GitHub will automatically send you an email about it, once we do. There will be a link to a form that you need to fill out. We expect that the emails will be sent out during November - so be sure to keep an eye out for that ✉

We will give you a deadline along with the form in order for us to know  the amount of packages we need to send out - or trees we need to plant 🌳.

As we are sending out a lot of swag to you all, it might not reach your doorstep before February, so please bear with us and be patient 🙏 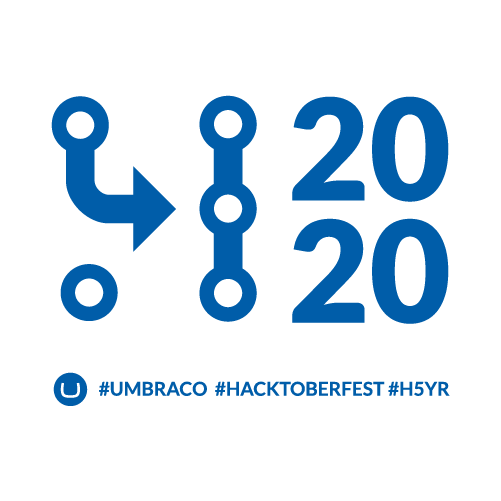 Sneak-peek of the 2020 Umbraco Hacktoberfest logo 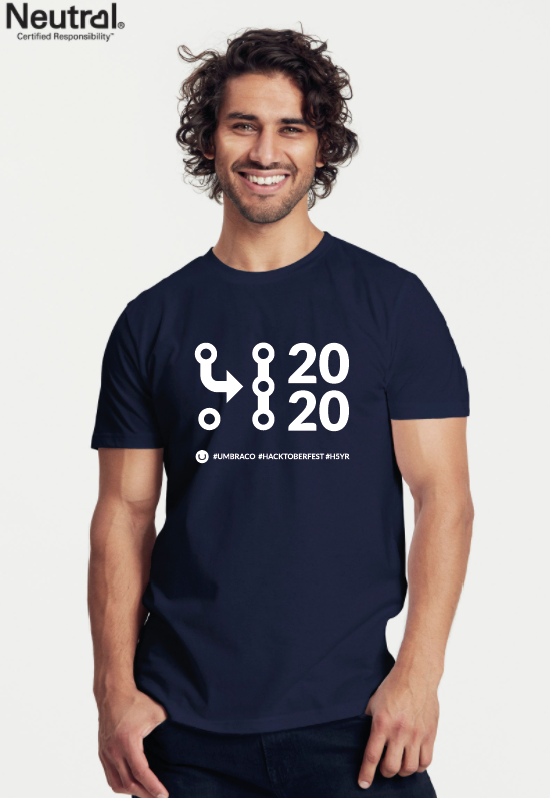 Sneak-peek of the 2020 Umbraco Hacktoberfest t-shirt

That was all for this Hacktoberfest Recap. Once again THANKS to everyone who participated this year! #H5YR

Oh, and just a quick reminder: Just because Hacktoberfest is over, the Umbraco CMS and the Umbraco Documentation is still open-source and we’re open to contributions all year round 💪 😎

Tis' the most wonderful time of the year! That is if you're into contributing to open-source software - Umbraco is again joining in on the festivities for Hacktoberfest! Let the PRs rain ✨