He’s one of the big contributors. Packages, help on Our and did you know he’s also a big reason why Our now has a very helpful “Community” section? He’s also just joined the newly instated CPR team (Community Pull Request team). And just got his Umbraco MVP status renewed, because, well, he’s definitely a valuable person to the Umbraco community! 🙌 We are super proud to have Anders Bjerner as the June 2018 uProfile:

Time working with Umbraco: Since sometime in 2011, so around 7 years. 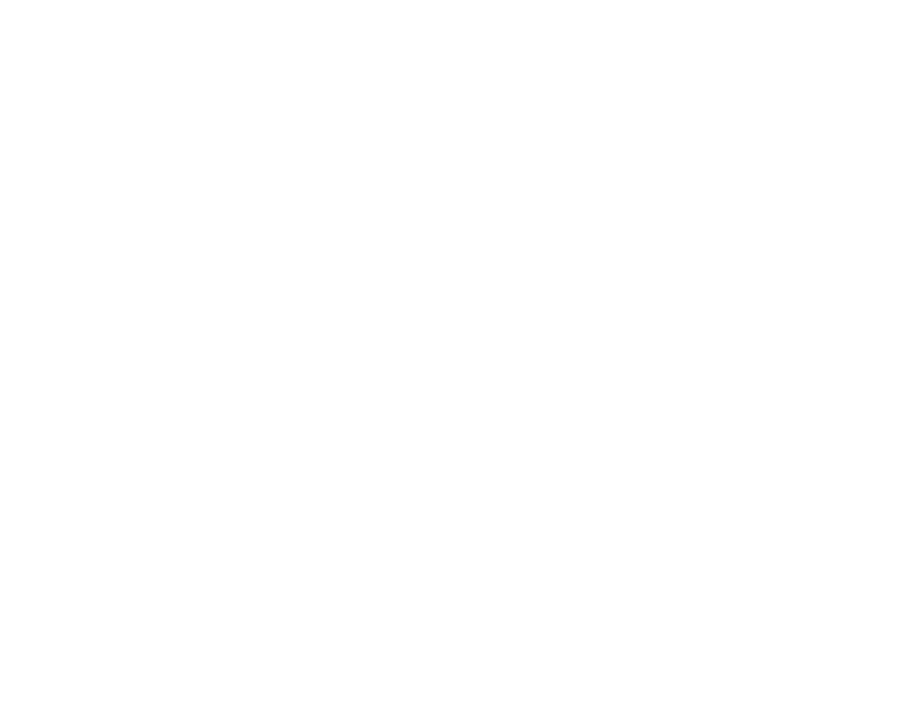 There's a few to pick from - but these are probably the ones I appreciate the most: 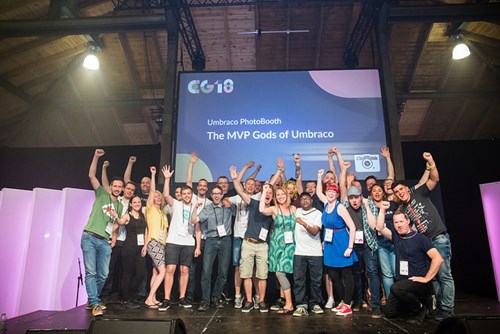 What in your Umbraco career are you most proud of? 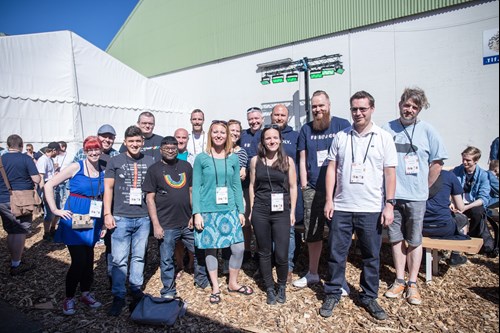 What about Umbraco keeps you coming back for more?

If we're talking about Umbraco CMS in general, it's just an awesome product to work with, and we can add our own code on top of it in order to make it do what we need. The result is that we love Umbraco - and our clients love it too.

As for contributing to Umbraco, almost all of the websites we make at Skybrud.dk are based on Umbraco, so the simple answer is that contributing to Umbraco is a way improving the product that we're basing our business on. But it's also so much more than that. I don't know how to describe it better, but it just feels like the right thing to do.

Also, it has probably been said many times before, the people making up the Umbraco community are really amazing.

What are you currently working on?

At work, I'm currently mostly working on change requests and new features for existing websites. Soon, I'll be working on two new large websites, where we'll be trying out some of our new inhouse technology in a much larger scale than before. This should be great fun - and hopefully I'll even be able to blog about it afterwards 😉

In my spare time, there are always a bit of work to be done on my packages. Also, I'm trying to catch up after Codegarden, so I'm continuing on the stuff I was involved in at the Retreat - which is various stuff for the Our Umbraco site as well as a new health check for checking installed DLLs against known vulnerabilities.

I've also joined the new Community PR team to aid the HQ towards a quicker review and merge process of pull requests from the Umbraco community. So I'm scouting the UmbracoCms repository for new pull requests 😉

What is your top 3 best tips for an Umbraco newbie?

Aspirations for your future?

More of the same, really. I spend a lot of time within various parts of the Umbraco community, which is always rewarding - both in terms of getting to know some of the people that make of this wonderful community as well as acquiring lots of new knowledge.

I've written blog posts for both 24 Days In Umbraco and Skrift.io in the past, which is definitely something I want to do more. Writing these articles is always great fun, and I also learn something new from writing them. I've yet to give my first talk, so this could also be a new area to explore. But first, I'll probably need to figure out what I should talk about.

What is on your desk at work?

My desk is usually a mess of random toys and small gadgets, but it's actually quite tidy at the moment. So right now my desk has lots of monitors, a big mousepad and my Sennheiser headphones. Also, a few rubber ducks (see rubber duck debugging - although I don't actually talk to them) as well as a rubber chicken, which is excellent for annoying my colleagues. 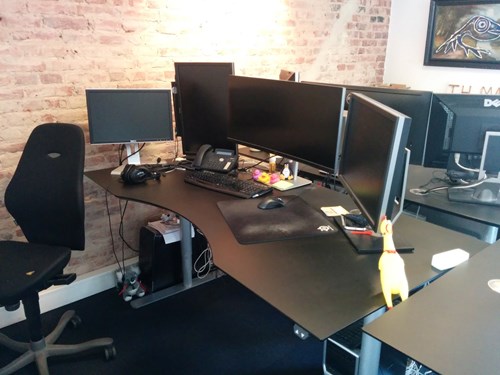 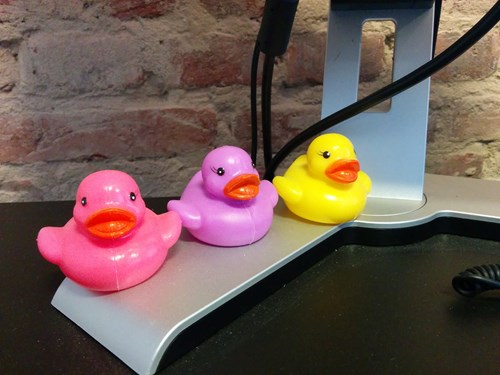 I don't really have a bucket list per say, but I do have some personal goals. As I spend a lot of time in front of my computer, I took up cycling a few years ago to get some exercise and really just doing something that didn't involve sitting still at a chair.

This year however, I bought my own house, which is great, but also have taken a lot of my time. This unfortunately means that I'm waaay behind compared to last year, so right now I'll just be happy if I can do more than 3,000 km this year.

I think goals like these are a great way of pushing yourself - eg. so that I go cycling even at the days I don’t really feel like. Even though it’s “just” cycling, I feel it’s then easier to apply the same mindset to other parts of life.

You can see my progress from the Endomondo chart below: 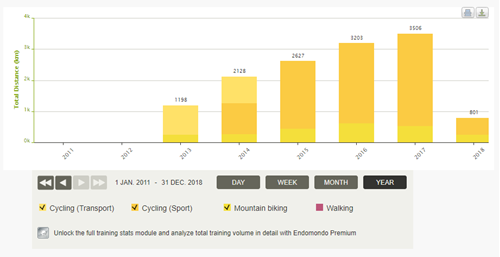 If you're a cyclist as well, there's actually an Umbraco cycling club on Strava of like-minded cyclists in the Umbraco community. If you're more the running type, you can also checkout the Umbraco runners club.

A massive H5YR to Anders 😀! If you’d like to connect with Anders, you can find him on twitter:  @abjerner and GitHub: https://github.com/abjerner/