Please meet our newest friendly addition to Umbraco HQ: Daniel! With a love for tech (and football) he’s the perfect fit for the Umbraco HQ support team. He’s also perfect because he already knows Umbraco and before even starting here he'd realised it’s a CMS like no other… boy, is he in for a treat - and we think he’s ready for it all! Get to know Daniel right here:

My new job at Umbraco 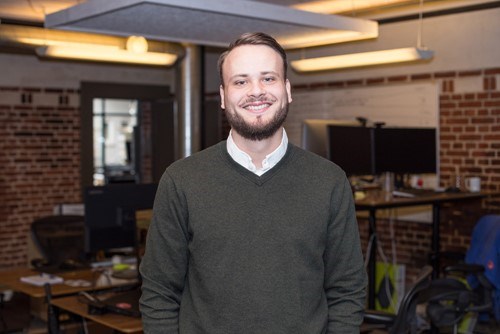 After graduating from Web development at IBA, I’ve now joined the awesome SWAT team at Umbraco HQ. In my new position as Support Warrior I am going to help all of you who might find yourself stuck, or just have questions regarding Umbraco in general. I am very much looking forward to taking on my new Support Warrior role, and I can not wait to help and support some of the many Umbracians out there.

I just recently turned 25, which in Denmark usually means that your friends and family have a blast blasting you with ground cinnamon because you aren’t married yet (don’t ask why…but it’s a tradition).

Luckily that didn’t happen, even though I’m not married yet. I do have a girlfriend though (who I’m planning to marry of course 😉) and a little daughter who’s turning 2 in July. I was born and raised in Fredericia (about 30 mins by train from Umbraco HQ), and I still live there in a small terraced house with my family.

My spare time? Well, I grew up living only 50 meters from school, so I had to find some other way to exercise. So I joined the local football club and football quickly became a passion of mine.

I played for almost 13 years before I stopped, simply because it got too time consuming during my high school years. I still enjoy playing football with friends and I heard that Umbraco has a great football team which I of course will be joining. 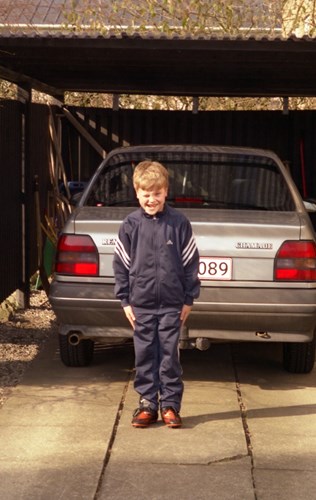 When you play football you need to have a favorite team. But the local heroes from FC Fredericia just didn’t cut it for me. My dad and I went to a game here in Odense, where Odense football club played against AGF and I instantly fell in love with the club. Since then it has been my all time favorite football team and to this day I still enjoy going to the stadium to see them play.

Here’s a picture of me sitting in front of the television, watching football. Take a guess, who’s playing 😉 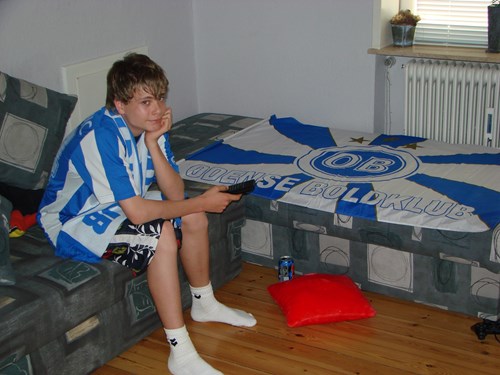 After I finished high school and stopped my football “career” I had to figure out what I wanted to do with my life. All of my life I have enjoyed technology and being creative, therefore I decided to go for an AP degree in Multimedia Design and Communication. This allowed me to be creative but I also discovered coding, and it actually grew on me. So I decided to take a Bachelor’s degree in Web development.

During this education I learned even more about coding, and I got introduced to the wonderful CMS called Umbraco 😉 At first I thought it was just another replacement for Wordpress, but I quickly discovered that this CMS was like no other I had ever tried.

And now I am here, working at Umbraco HQ where I’m going to help  our awesome customers and users every day - maybe we’ll get the pleasure of talking soon? 😀 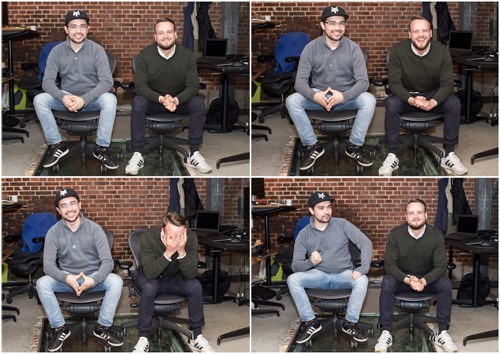 Morten is the newest addition to the Umbraco HQ team. He's now a proud Umbraco Support Warrior - you might talk to him soon in the chat (perhaps you already have!). Get to know him a little bit better right here.