Have you ever found an article in the Umbraco Documentation and wondered whether it fits the version of Umbraco that your project is currently running? 🤔 Those days are over, as you now have the option to create version specific documentation. That’s right! We’ve launched some major updates to Our, and I’m excited to share the details about that and don’t forget to have a look at the numbers this month, as they are through the roof - thanks to Hacktoberfest!

Hacktoberfest has been a smashing success on the Umbraco Documentation repository. We’ve broken all records - I mean, literally smashed them to pieces!

In October we had a whopping 162 Pull Requests submitted from a total of 81 contributors! 🤯

Here’s a quick list of some of the things people have contributed with during Hacktoberfest:

And that’s only the top of the iceberg! A bunch of other amazing contributions have been made, along with a fair load of grammar and typo fixes.

If you are one of the ones who’ve contributed during October, you can look forward to some amazing Hacktoberfest swag 😎 H5YR!

Amazing new features on Our!

Numbers aren’t the only exciting thing for this months update! We have added some really cool updates to Our, which makes the Documentation even better.

Remember when me and Jeavon were on the stage during the keynote at Codegarden 18? We mentioned that we’ve been working on something called YAML(YAML Ain't Markup Language), which will introduce versioned documentation via metadata.

Well, guess what: We now have versioned Umbraco Documentation 👏

Have a look at this article: Extending Umbraco (one of the very first articles we now have for two Umbraco versions!) 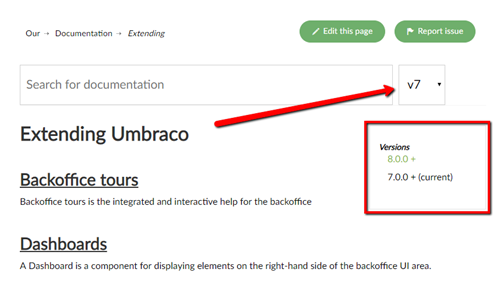 Depending on which article you are viewing, there will be a link to the other article. Pretty neat, right?

And if that wasn’t enough, it’s also possible to search for articles about a specific Umbraco version. Simply choose the version number from the drop-down next to the search field, enter the keyword you want to search for, and voila - enjoy your version-specific search results!

We’ve given the Documentation some style updates as well:

It’s now possible to add infoboxes to highlight specific information, make people aware of important details and let the readers in on a #protip. 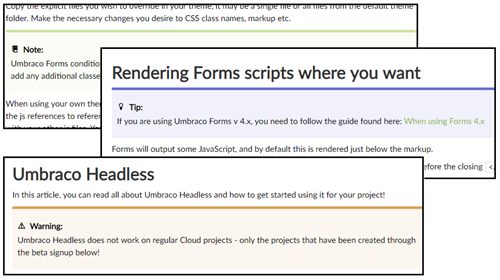 The boxes are added through Markdown, and it’s honestly the easiest thing in the world. Read more about how to use these cool new boxes in the Markdown Conventions article.

Love to Forms and Headless

I’ve had some dedicated time for working with the Umbraco Forms documentation. We all know that that part of the Documentation has been yearning for some love which it has now finally gotten!

I’ve been battle-testing the tutorials and guides while updating and fine-tuning the documentation.

It’s been a really interesting process, and boy have I learned a lot about Forms in the process!

Did you know that with Forms 6+ you can create and style your very own Email Templates, for sending out pretty responses to your users? 🤩

Go ahead and check out the Forms section on the Documentation - even the screenshots match the newest version now!

Besides being busy with fine-tuning the contribution guide and working on the YAML update, Jesper has also been doing some battle-testing. More specifically, he’s been playing around with Umbraco Headless! 😎 All of the .Net client examples have now been tested and are up to date! So head on over to the Umbraco Headless Documentation - it’s really fun to play with! 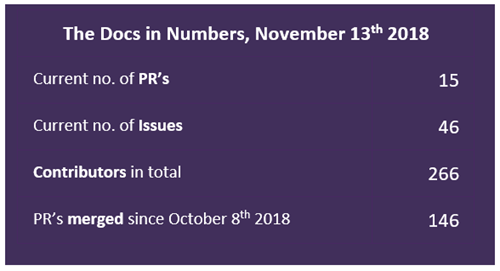 The total number of contributors have gone up by 55!

Wait, what? Does that mean that 55 people have contributed to the documentation for the first time in the past month? Yes. Yes, it does! That’s amazing! Thanks for joining in 🙏

That was all for me! 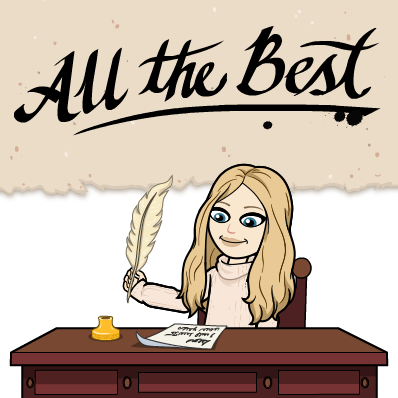 In September 1000 documentation PRs was reached - wow! H5YR! Let's celebrate at Hacktoberfest, where we bring focus on more contributions