A lot of progress has been made on the migration of Umbraco to .NET Core, Umbraco Forms 8.6 is out very soon and Heartcore has received even more functionality - This and much more in your bi-weekly product update on all things Umbraco 🚀

On November 10th, 2020 we released no less than 4 patches for Umbraco CMS. Focus is on bringing bug fixes to the minor versions where they make sense. Follow the links for release notes and how to get upgraded to the latest version. The patches have been rolled out automagically to eligible projects on Umbraco Cloud and are available for download via Nuget and Our.Umbraco:

Umbraco Heartcore has just received an update and besides from standard bug fixing it gives you the ability to preview content through the GraphQL API. This will makes it easier to build solid preview functionality in projects where you’re already using GraphQL for querying content.

You can find updated documentation on how to work with the preview API in GraphQL here:

If you want somes inspiration for your projects we’ve just published a blog post by guest author Emmanuel Tissera describing how to use Umbraco Heartcore in a Microservice/Content as a Service setup.

On Tuesday, November 24th, we’re releasing a new minor version of Umbraco Forms. With version 8.6 you can now render forms without a dependency on jQuery. This gives you more flexibility and control over your frontend.

Catch all the details in the Umbraco Forms 8.6 release blog post that will be published on Tuesday.

You can look forward to a more steady and predictable release schedule for minor versions of Umbraco. Last week, Filip Bech, CMS Program Manger, published a blog post with details on how this will look going forward.

Next week we plan to announce a switch to more standardised versioning (SemVer). This will take effect from the Launch of Umbraco on .NET Core. Keep an eye on the blog for more information on the subject.

Progress on the Product Roadmap

Significant progress has been made on the Unicore project after a successful launch of the alpha version back in August. We’re on track for a beta release in Q1 which will enable you to work with the rendering/frontend pipeline.

There are some big changes that have been made over the last couple of months, not least thanks to some fantastic contributions in October (did someone say Hacktoberfest). Worth mentioning is:

With all the great progress on the project we’re looking at potentially releasing another alpha (Alpha3) in January. If you’re interested in contributing there are a bunch of up-for-grabs tasks on the tracker. You’re also more than welcome to try out the latest alpha release and report any issues you find. See the alpha release blog post for how to get Umbraco running on .NET Core.

We’ll have more details on all of the above and more in an upcoming blog post detailing the progress on the Unicore project.

We have, unfortunately, had to move the Version Cleanup project back to “later”. As we started digging into the project it became clear it will take more time than originally anticipated. We still want to work on this important feature but the findings made it necessary to prioritize differently. So for now, if you need to clean up revisions in your Umbraco installation, the UnVersion package is still the way to go.

Before I leave you I just want to highlight the great success that was this year's Hacktoberfest. We’ve seen a number of substantial PRs across our open source projects, as well as many minor updates and fixes. 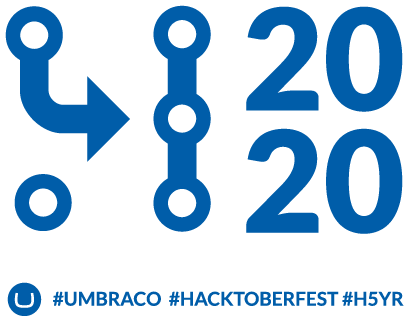 Big thanks and HIGH FIVE YOU ROCK to all who participated. You can get all the details in the Hacktoberfest recap blog post.

In the past few weeks, we’ve unfortunately experienced incidents on Umbraco Cloud. The post-mortems have been released for the incidents happening on 12/11 and 14/11. In these post-mortems, you will find details about the issue, recovery as well as our plan going forward. Furthermore, 2 live webinars were hosted for our Umbraco Cloud customers Wednesday, giving our customers a thorough walk-through of the plan in order to improve the service.

Within the next two weeks, we’ll publish a blog post about the future plans for the Umbraco Cloud hosting platform.