For the first time in Umbraco history we’ve joined in on the fun that is Hacktoberfest. This month is meant to promote open source and contributing by sending pull requests, great and small. And… holy smokes! A record number of pull requests and new contributors has kept us really, really busy this October 😅

As hinted at in our previous chronicles update, the number of contributions for Hacktoberfest has gone through the roof! For Umbraco CMS we’ve received 166 new PRs and managed to process 161 during that same time.

Below we can have a look at the activity over the past year of pull request created (purple) and merged/closed (blue).

This means we’ve had a tiny setback in the overall total number of  PRs still open but we are confident that we’ll get into the good downward trend soon again! We concluded October with 82 PRs still open, which is still the second lowest amount in the last 12 months, not too shabby. 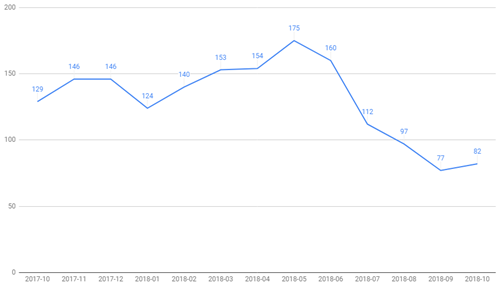 First of all, there’s 1 person who’s been an absolute powerhouse in pumping out high-quality code contributions this month. Our (now very dear) friend Kenn Jacobsen managed to create 36 (!!!) out of those 166 pull requests in just the month of October (remember that the total number of PRs in September was 43) 😮🙌🎉🏅👍👍👍

And he’s already been hard at work at creating more great stuff for us, which we appreciate so so much. Thank you Kenn, you’re a star, #H5YR times 36+! 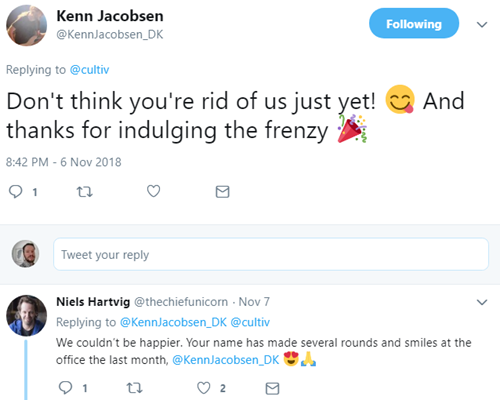 While we appreciate all contributions we receive, it’s fun to highlight some of them:

More color picker goodness! This time Bjarne Fyrstenborg made it possible to add a color picker as  a prevalue editor to the grid: 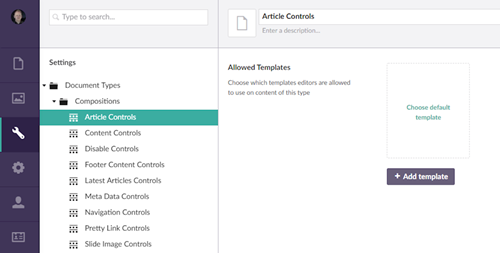 The executive summary for October-November: 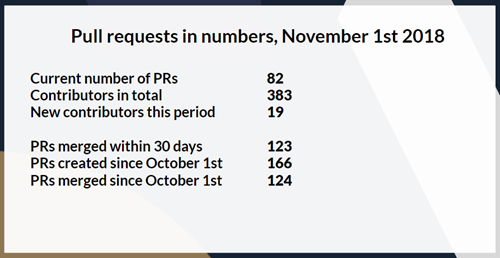 Thanks again to everyone for the wonderful contributions!

There were a few people this month who stood out in being very active: Yes, of course Kenn Jacobsen, but Jan Skovgaard with 16 PRs is also no slouch! Anders Bjerner is in a very solid 3rd slot with 12 contributions. ⭐ After that, we have Kim Holzmann, Dave Woestenborghs, Søren Kottal, Bjarne Fyrstenborg and Poornima Nayar.  💪🏅

Why don’t you give these lovely people a #H5YR on Twitter, I’m sure they’d appreciate it a lot!

Happy Hacktoberfest! This year, Umbraco wants to join in - if you contribute to Umbraco in October and your PR gets merged - you'll be rewarded