Ever been to Odense? Maybe you’ve been here, or going here, for Codegarden, the biggest Umbraco conference worldwide hosted by us, Umbraco HQ. Each year hundreds upon hundreds of Umbracians travel from all over the world to this city to attend this 3-day Umbraco extravaganza. But what is it about this city that makes it the perfect match for Umbraco? Is it worth staying here for us?

When it comes to Codegarden, many factors comes into play as to why Odense is the perfect location: the CG venue is extremely close to Umbraco HQ as well as in walking distance from any hotel in the city. It is also super close to the train station, where you’ll find a direct connection to CPH airport and other cities in Denmark.

All in all, it’s super convenient for everyone - both attendees as well as us. It’s a factor you might not really notice, but it actually helps contribute massively to making the Codegarden experience as smooth and enjoyable for everyone.

Finally, many choose to stay a few days to explore some of Odense’s many offers - I’ve written a blog post about these offers, so go have a look and use this as your inspiration for you upcoming Odense adventure.

But why Umbraco and Odense in the first place?

Of all the Danish cities - why not Aarhus, or the capital; Copenhagen?

Odense is the third-largest city in Denmark with a population of 178,210 (yes, in Denmark that is big! 😉 ). Odense is well-known for many things - you might have heard of H.C. Andersen? You’ll find his childhood home right in the city center (including a few H.C. Andersen themed museums and statutes, of course) 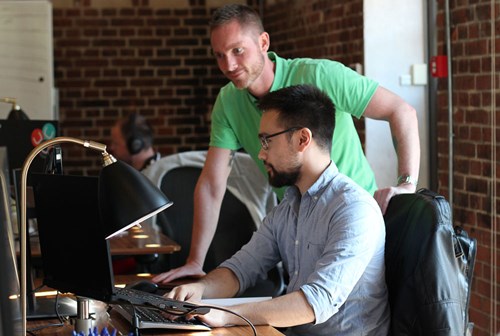 ...Or at least well on it’s way to becoming so. It may sound very ambitious to you if you haven’t heard about Odense before - or heard Odense described like this before - but with the things happening in this city and the ever growing support by the public institutions as well as the many private companies pulling together, various tech companies are thriving in this city!

And it’s not all Umbraco...

Yeah, this might surprise you 😉 But we’re not the only hardworking successful nerds in town.

Robots. That is one of the biggest tech industries that Odense is known for. There has been a lot of talk and support for the robot industry in Odense in the last few years, and now, with companies like Universal Robots and Mobile Industrial Robots, it is clear that this focus has been - and still is - a success.

Both companies make and ship thousands of their industrial robots around the world. Recently, they’ve been bought by the American company Teradyne - the leading supplier of automation equipment for test and industrial applications. So the thriving development in Odense does echo beyond this city, country and continent (well… Umbraco is indeed also an example of this  😉).

Good thing is that the companies are staying in town. A city where they are able to grow and find the right talent.

How can a city contribute to Umbraco 🤔?

It’s not so much “the city”, but the healthy tech-eco-system. An eco-system that has been developed and is supported by lots of different people, businesses, the municipality as well as a local offering of relevant educations by universities, colleges etc. 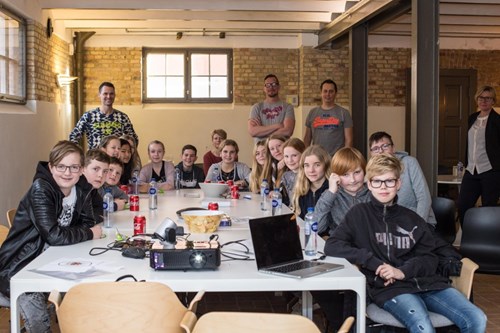 Trade associations like Technology Denmark and IT Branchen Fyn, who help match the right people with the right companies as well as ensure that development in the tech industry remains a top priority in Odense, play a significant role in keeping Odense highly relevant for businesses like ours.

How Umbraco contributes to the eco-system

One of the main reasons for the thriving tech environment is the basic “rule” of an eco-system - the “give and take”, the collaboration and knowledge sharing among the various participants and the constant effort and desire to grow.

Like one of Umbraco’s main values, we believe being open is the key to growth. Listening and pulling together, taking advantage of the different talents, resources and knowledge found in this city.

In the last year alone we’ve contributed in various ways to this “eco-system”. One of the most memorable (and adorable) ones, was when a class of 12-13-year-olds came to our offices to show off their computer games which they’d coded from scratch - in just one week! Get the full story here… or take a brief watch of the fantastic two coders, Asta and Nadia:

We are also in very close collaboration with EAL (Lillebælt Academy - University of Applied Sciences, located in Odense) - last year they even made sure that Umbraco Fundamentals has become part of the study program for all their Web Development students.

Good for us, but also very good for the students who are able to apply for jobs at one of the many web agencies in Odense after graduating… and then it’s no secret that many of our current employees are graduates or interns from EAL and in the future (well, in August already), we look forward to to welcoming even more. 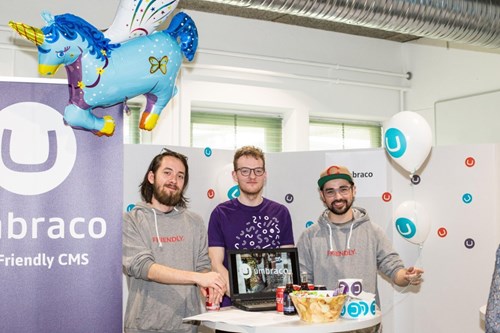 Finally, we contribute by creating exciting jobs at a workplace like no other. In the last year, we have doubled our staff and we are still not done growing (find current job openings here 😉).

We have even grown so much, that moving out of our beautiful industrial-looking HQ, might be a necessity very soon. 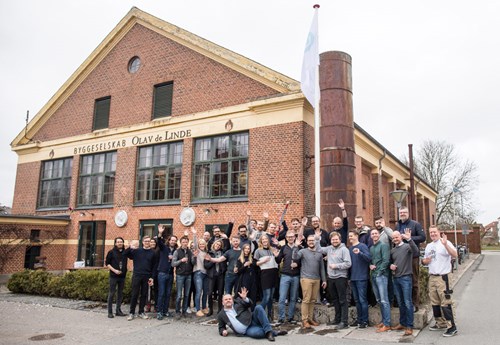 Where are we going?

We don’t know yet.

But we know that we are definitely staying in Odense! 😉

Odense Harbour - what to see

When you go to Odense for Codgarden, why not use the opportunity to explore the city a bit more? There's plenty to see and do. Vera, our Merry Wordsmith, will take you for a tour around one of her favourite areas - Odense Harbour.